During my first visit there was no medical clinic in Weberek, the closest medical assistance was a 45 minute road trip from Weberek and at that time most people in Weberek and surrounding villages travelled by horseback or walked so getting medical assistance was sought through local people who used traditional medicine or from local witch doctors who are known to use unsafe treatments. There was a nurse who occasionally visited the villages but had none or very little medical supplies.

During that first visit I observed & treated many cases of scabies, worms, infected wounds, tuberculosis, malaria and malnutrition. We learnt that young girls as young as 9yrs were acting as birth attendants and baby’s umbilical cords were being cut with any sharp object that was available. The people reported that many babies died before two months of age. Upper respiratory tract infections were and continue to be common in young infants.

In 2004 volunteers working alongside those of us working with Youth With a Mission (YWAM) worked together to renovate a building in Weberek that we could use as a medical clinic. A Registered Nurse from Norway & I began work administering medical care at the clinic & in Weberek and some surrounding villages, teaching preventative health care and working with and teaching local birth attendants from 2004. 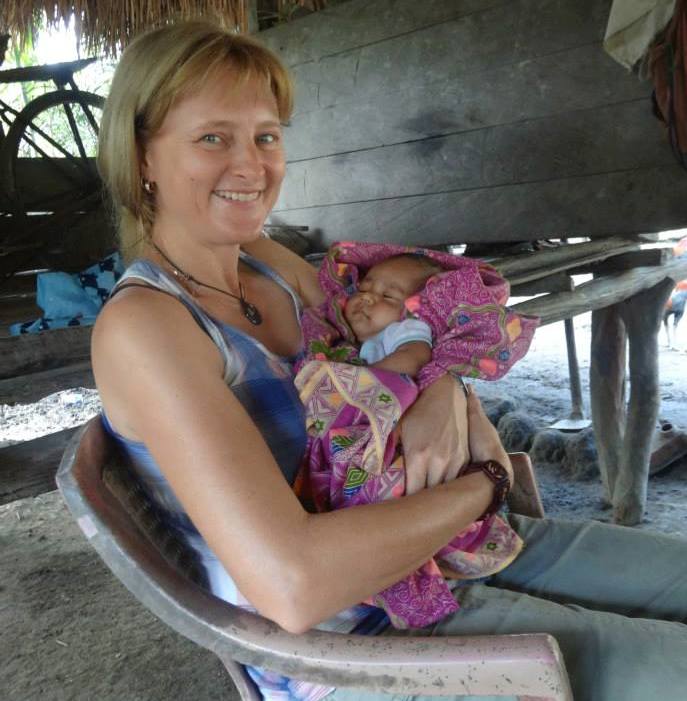 “As we became more fluent in the most commonly spoken language in Timor, Tetum, we started to learn from the people of Weberek that they had observed significant reduction in infant and adult mortality rates since the beginning of the work in 2003.”

In October 2004 a man from the village of Sarin came to Weberek to seek help for his wife who had given birth, but had a retained placenta and the umbilical cord had snapped. The closest ambulance service was a two hour road trip from Weberek. At the time I had the use of a 4wd Delica. This vehicle was not the sort of vehicle that should be taken on serious 4wd trips but I had no alternate vehicle. There had been a lot of rain so the track to Sarin was very muddy. Until that trip I had not had to use the 4wd in the vehicle but quickly learnt to do so as we slid through and several times almost became bogged on the track to the village. Much of the way I had to drive through areas that were so overgrown that I would have easily lost my way had I not had some of the local villagers with me. On arrival at Sarin I found that the placenta was retained and I manually removed the placenta. This was the first time that I had performed this procedure because in Australia this procedure would have been performed by a doctor in a theatre setting. The roads into the villages that we frequently have reason to visit are still very rough so a durable vehicle is essential for the work.

In 2005 the health department in Same started to employ a government nurse to work in the clinic. The government nurse was scheduled to work in the clinic in the mornings and Anne, the Norwegian nurse or I would work in the clinic in the afternoons. The Weberek Clinic became the the nearest medical facility for four other villages in the neighbouring area. Anne & I started to train a group of women as health workers to work with us in the clinic and to teach preventative health care. Our focused areas in these teachings in Weberek and various surrounding villages were malaria, tuberculosis, worms, nutrition, hygiene & hydration. We provided local birth attendants with scissors and clamps for birthing and taught a simple method of sterilizing by cleaning the scissors and boiling for twenty minutes and then wrapping the scissors in clean cloth between uses. As we became more fluent in the most commonly spoken language in Timor, Tetum, we started to learn from the people of Weberek that they had observed significant reduction in infant and adult mortality rates since the beginning of the work in 2003.

Often people in Australia over the years have commented to me that they would love to help but felt they had nothing to offer because they were not professionals. Most people who been raised in or lived in a first world country for any significant period of time have something that they can offer in Timor to help improve their living conditions. Most people in the first world grow up learning for instance, about the necessity of hand washing following toileting and prior to eating to prevent disease. In Weberek in 2008/2009 Anne & I with the help of our health workers spent six months visiting every house hold in Weberek to sit with families and talk about why it is necessary to cover faeces and wash hands. I asked one older lady to explain the process of toileting in Weberek. She explained to me that following defecation the faeces is then eaten by pigs and dogs. Pigs are commonly eaten and dogs also eaten by some Timorese people although less commonly.