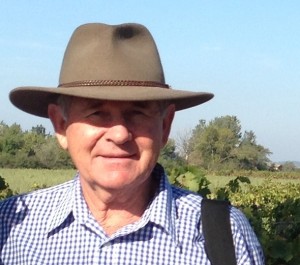 Geoff Steventon has recently led a team on a yearly trip to East Timor.  Following is his report of the trip with some pictures. Geoff has been leading a yearly team to Weberek since 2002 and has a great love for Weberek, East Timor and has developed many precious relationships over the last 14 years. Geoff is a farmer in Parkes, a pastor at the Peak Hill Uniting Church and a retired Lieutenant Colonel in the Army Reserve.

Return to a well trodden path 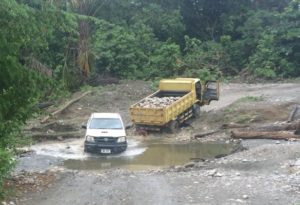 A team of twelve people travelled to East Timor to continue to bless the people in the village of Weberek. Weberek is situated on the South coast in an isolated location. The trip was long and arduous, taking over nine hours on a deteriorating road system in constant rain. After the war of independence, this village was overlooked, being small and off the main road. This fact came to the attention of a group called Youth With A Mission (YWAM). The crucial need was a water supply, as the village bore pump had been destroyed by the withdrawing militia. The wells dried up in the dry season and the villagers were walking with hand carts two kilometres to collect water.

The village was visited in 2002 and asked if they would welcome assistance from YWAM. The result over the last 14 years has been a wonderful story of cooperation between the villagers and the volunteers who have worked there since then. YWAM handed over to the present group, Koinonia Weberek, and the work continues to the present.

This year the team from “Koinonia Peak Hill” (NSW) worked with “Koinonia Weberek” to continue the alliance that has been formed. A Friendship Agreement was signed in 2010 between the Parkes Shire, NSW, and the village of Weberek. This year the Mayor of Parkes, Ken Keith OAM joined the team for his fourth time. 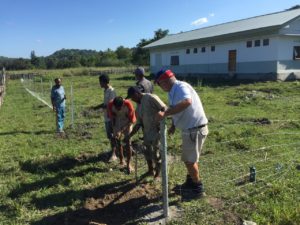 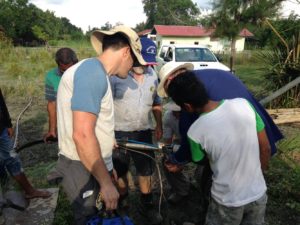 In the team we had farmers, teachers, an engineer, an electrician and others, with a heart to help the Timorese to develop a healthier and self sufficient lifestyle.

The base in Weberek is called “Koinonia Weberek”. Koinonia is the Greek word for fellowship, and that’s what the permanent missionary nurses are all about.

Our team was there to help the medical clinic by restoring the water supply to the clinic, and to erect a fence that will exclude the livestock, which roams the village. 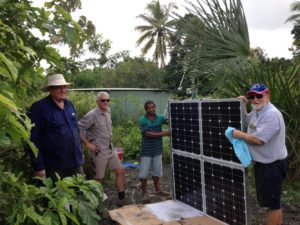 The Solar Pump on the village bore required a new motor which the team brought with them. This was not a simple repair as the pump is a submersible one at a depth of 40 metres. It required a sealed joint on the wiring which would be waterproof.

The solar panels, installed in 2003, had deteriorated in the tropical humidity and had to be replaced. The new panels, brought with the team, were installed, and provided a much greater volume of water. This is the water supply to the medical Clinic.

Our electrician was also kept busy upgrading the solar power at the base. The panels and battery bank were rewired and the power increased to allow the electric refrigerator to now work efficiently, laptops and phones to be recharged and LED lighting to last longer.

The teachers on the team had a lively time with the many children they worked with. The group swelled to over seventy children from toddlers to teens. They enjoyed games, stories and singing, all translated by our Timorese worker, Rosalina, and Lucinda the Australian Midwife nurse.

The impact of our visit has been immense on each of the members. As we shared together about our impressions we saw a common theme. The people, especially the children, are just like us, but lacking the training and opportunity to develop their community. 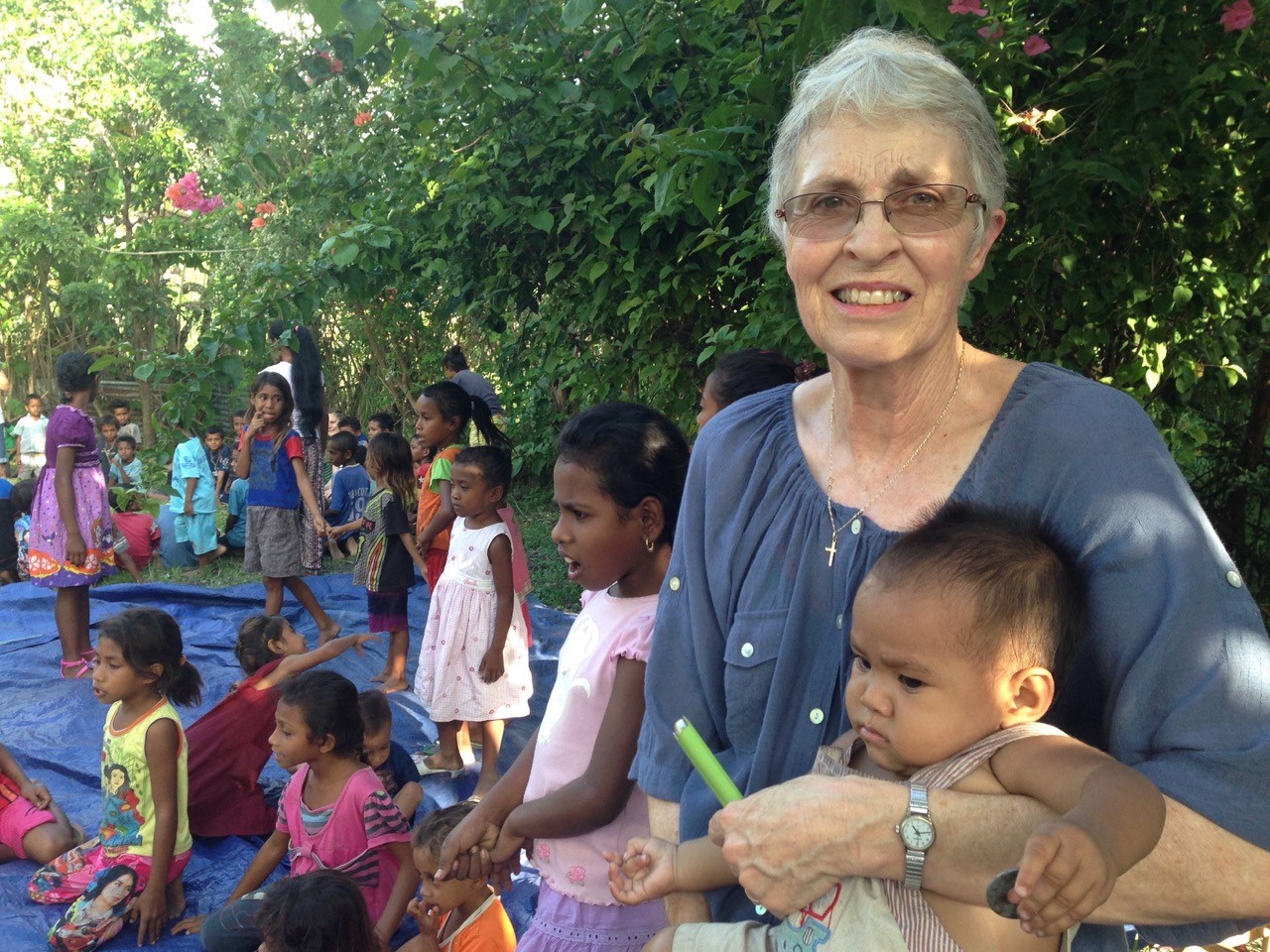 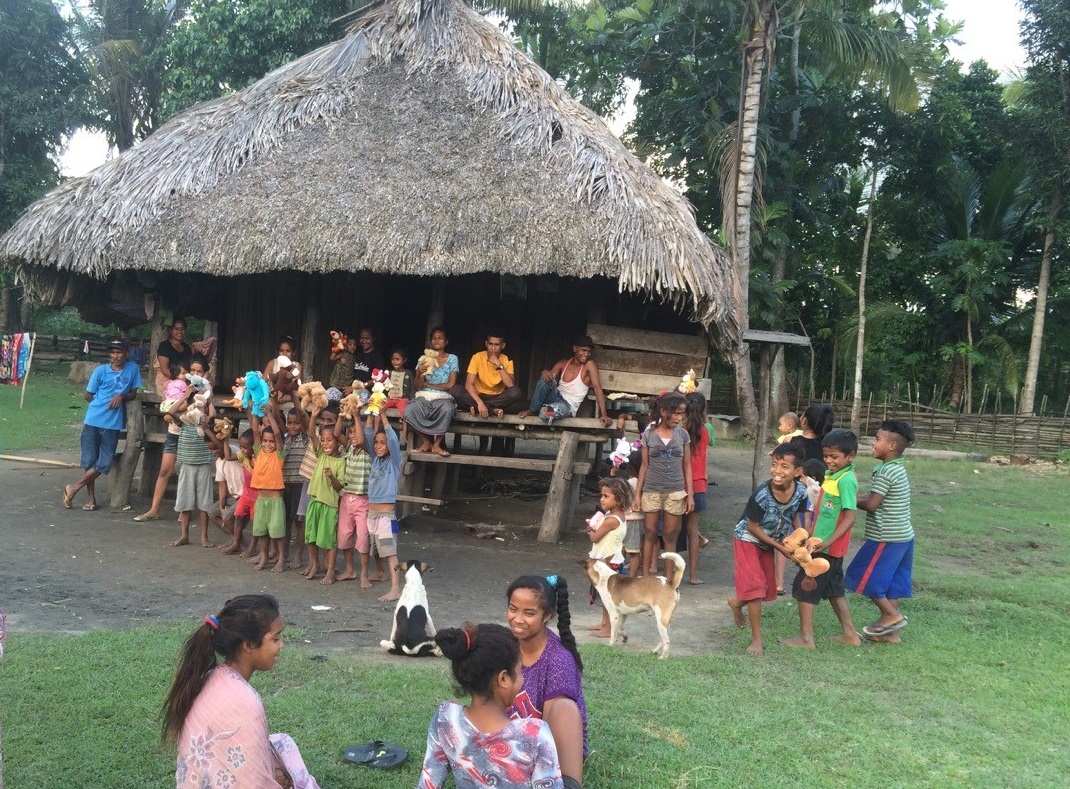 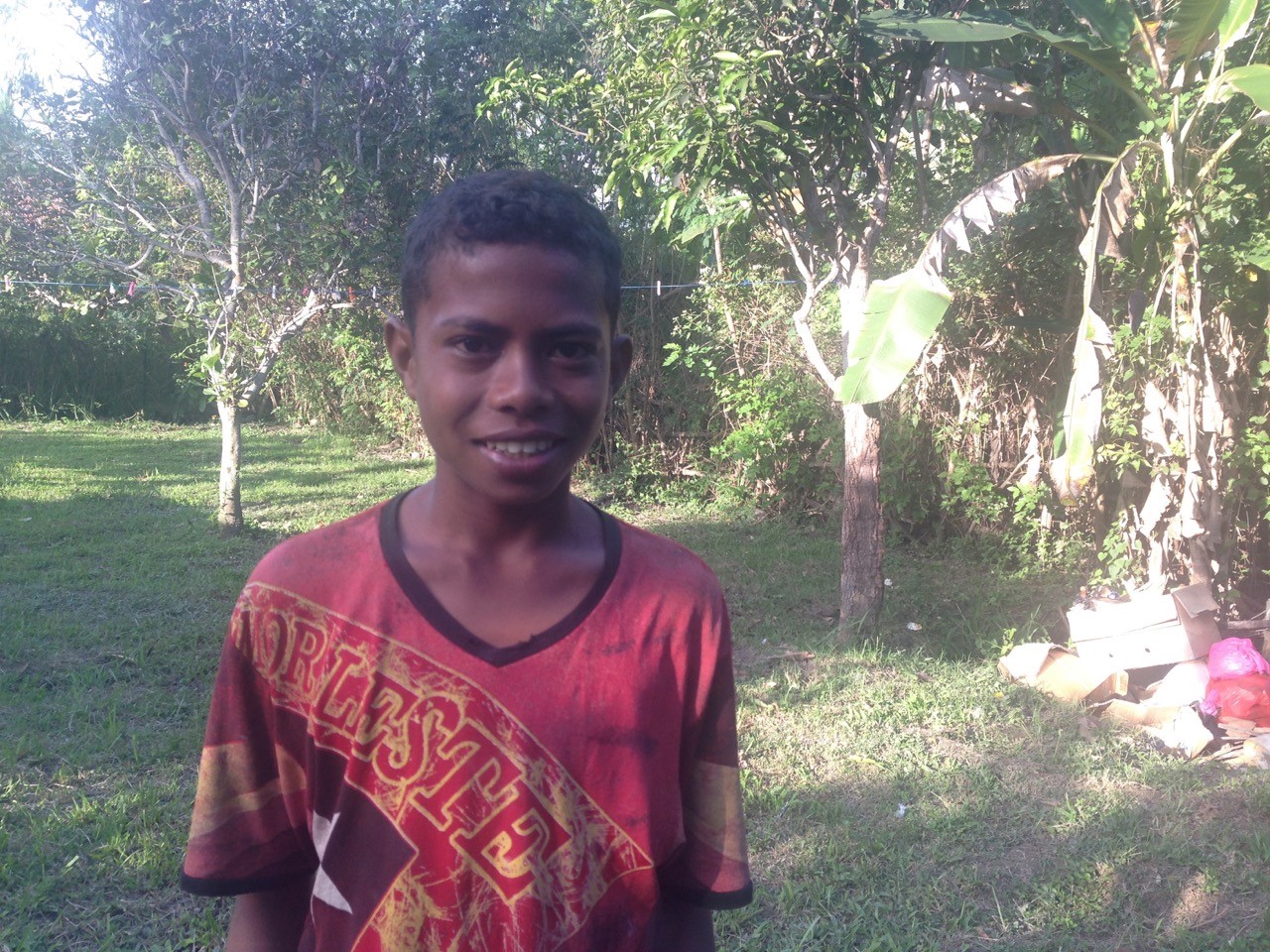 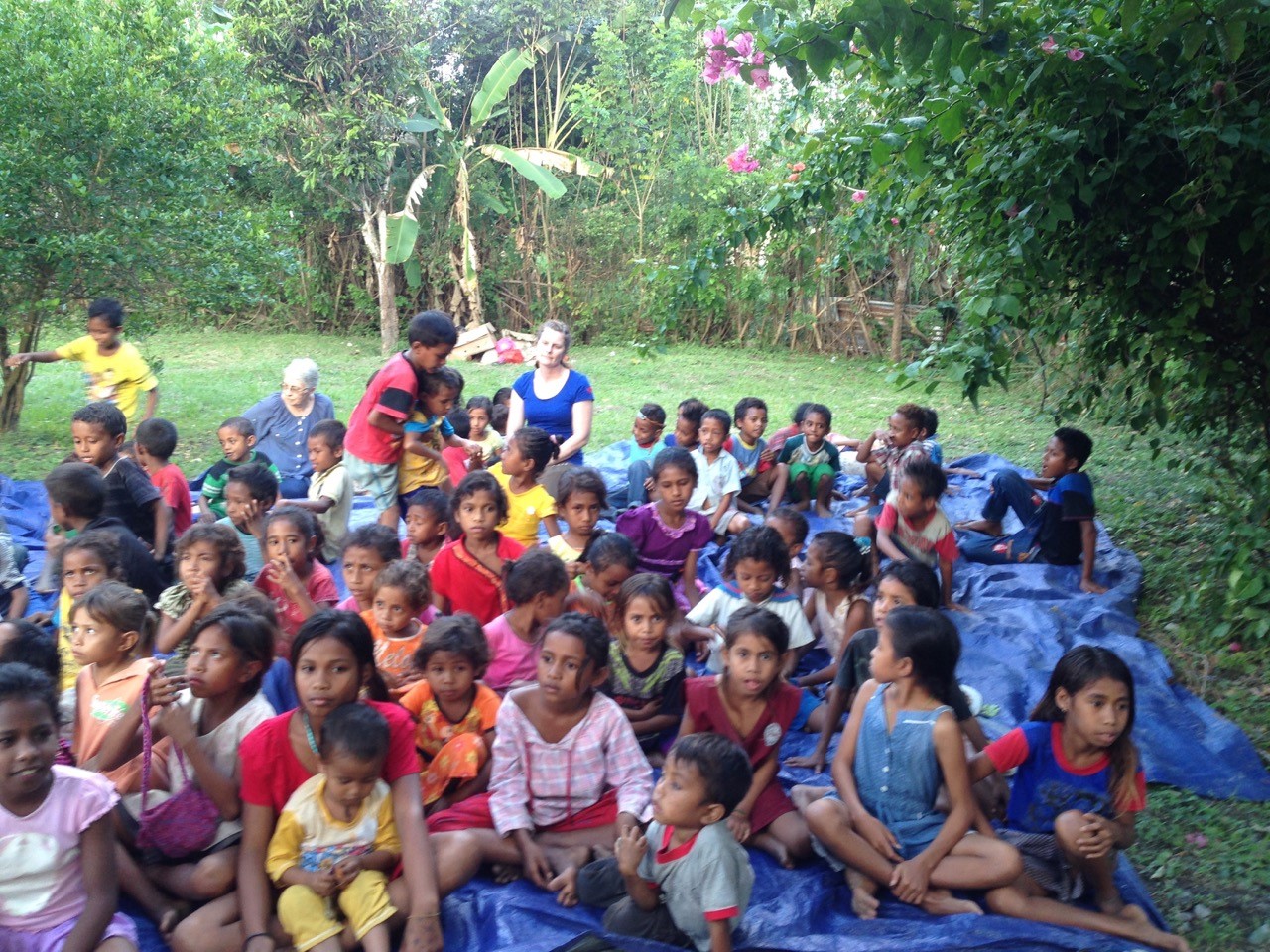 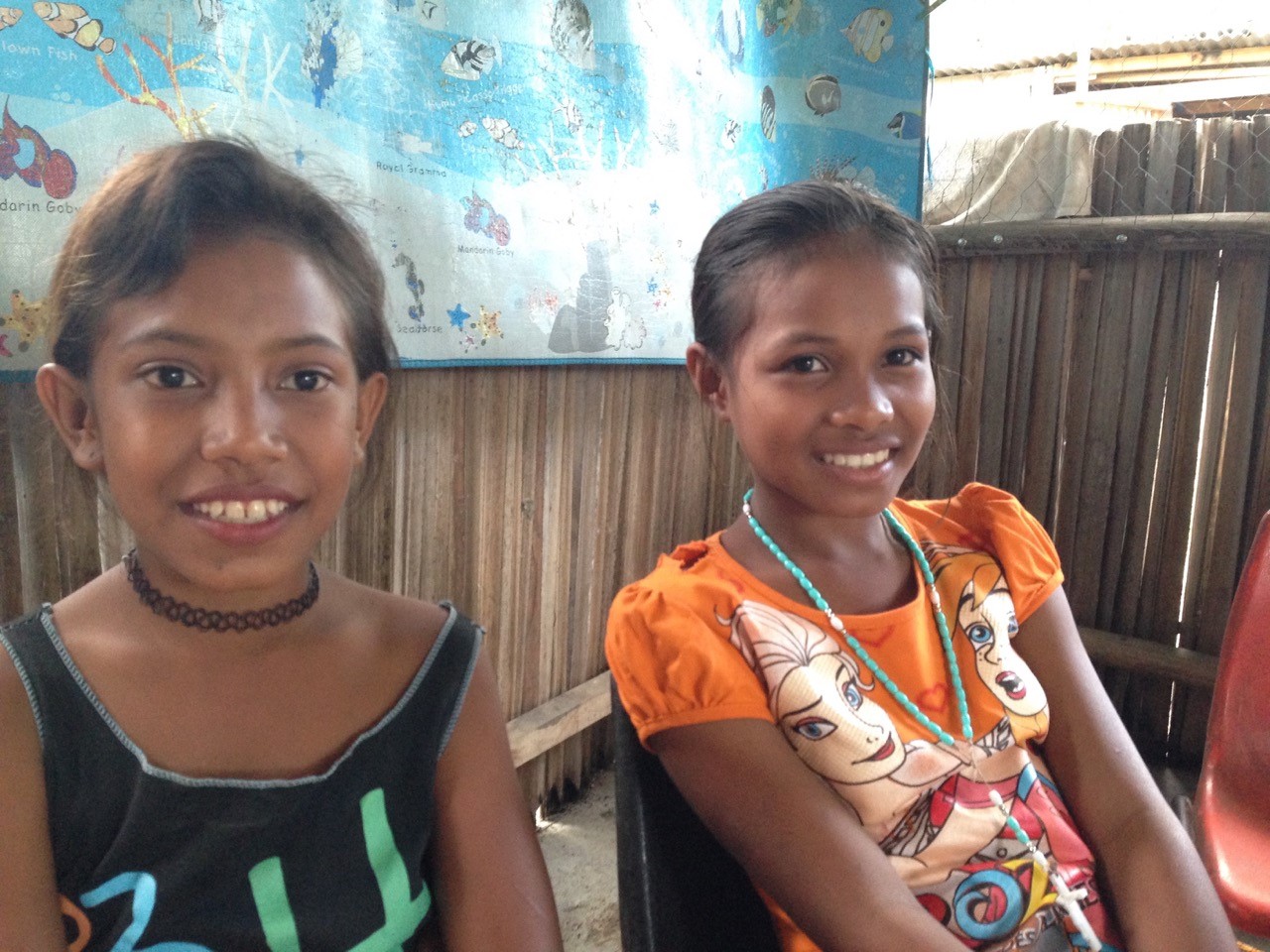 Thoughts for next year?

We are planning to take a short term trade training team. Basic electrical and mechanical training. When the electricity arrives the villagers will be able to harness the opportunities this will bring for improvement in their lives.