Wesar is a remote village that Neighbours the Village of Weberek where our team works. Village life in Wesar is very simple and people live in these traditional Timor dwellings. When a woman’s labour was not progressing our team was called. The woman had been in labour for some time and was vomiting. 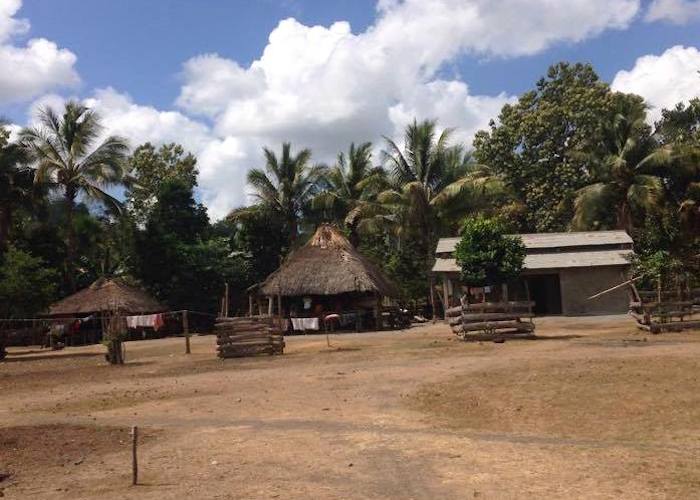 Village life is largely uneventful in Wesar, and a woman in labour can draw quite a crowd. When Dr Nico (the Doctor from Weberek), Lucinda and Alina arrived it caused more of spectacle.  The first order of business for Lucinda was to ask one of the older men to clear the room of spectators.

Dr Nico, Lucinda and Alina administered fluids on the first day of the labour.  They returned the next day, and after several hours of active pushing there was still no progress. Lucinda diagnosed transverse arrest, where the baby’s head was unable to descend through pelvis. The team then drove the patient the Wedauberec Clinic.  No further progress was made at Wedauberec.  Usually there is an ambulance at Wedauberec but none was available. Dr Nico, Alina and Lucinda then continued to transport the expectant mum and her husband to Same hospital in Lucinda’s car.

On arrival at Same Hospital no ambulance was available and the facilities at Same are not adequate for an emergency procedure.  After another assessment the team continued to transport the lady toward Maubise hospital. The team met with the ambulance halfway between Same and Maubise. The ambulance was short on fuel so waited for the team at the top of a steep ascent in order to preserve fuel for the return trip to Maubise hospital. 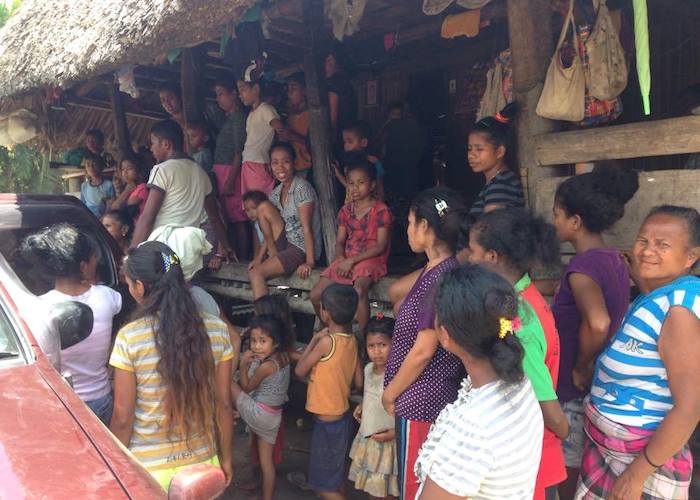 These transport issues happen frequently in Timor. Funds are delayed getting to the districts, staff will use their own money which is very limited due to low salaries and then pay themselves back when the funds finally come, but usually they can’t afford to use their own money so ambulances are out of service due to no fuel.

Our Story has a happy ending, a healthy baby girl was delivered via cesarian section at Maubisse hospital, and here is the delighted couple with their new baby girl, with Lucinda and of course her faithful stead. Every dollar that is donated to Para Marcia goes to saving lives like this little girl and her mother. 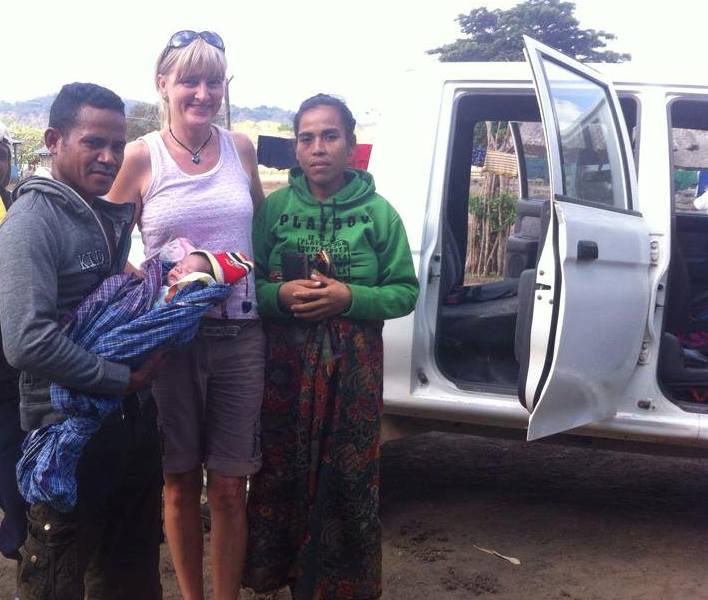