Wedauberek Clinic is quite a modern building with additional facilities adjacent and appear reasonably well staffed. Immunisation clinics held regularly at the clinic and they provide . Generally the examination tables are outdated and hospital facilities lacking in secure storage. Auxiliary equipment is old and rusty. There is power to Wedauberek but its consistency of supply is not great. One of the things on the wish list for Wedauberek is a ride-on mower and grass cutting equipment to discourage livestock from grazing in the mosquito habitat that surrounds the building.  Mosquito borne diseases are a real problem and the clinic does not have screened windows. We have been recently blessed by a donation from Rotary Wishart to connect the maternity section of the clinic to running water. Click here for details.

The Wedauberek Clinic has one ambulance for a 70km radius covering many villages that most often require 4wd vehicles to access. For much of the year this one ambulance is off the road because the vehicle needs to be sent to Dili for maintenance & repairs leaving the area without an ambulance. Lucinda’s 1999 Triton is the only vehicle in Weberek and we have often used the vehicle as an ambulance. A second ambulance for the district would reduce mortality rates. There are many deaths that can easily be prevented with more resources and competently trained health professionals. Ambulance drivers in Timor are just that, ambulance drivers and not paramedics. If they were to receive training in medical care and mechanics ambulances would have more on road time and more lives could be saved. 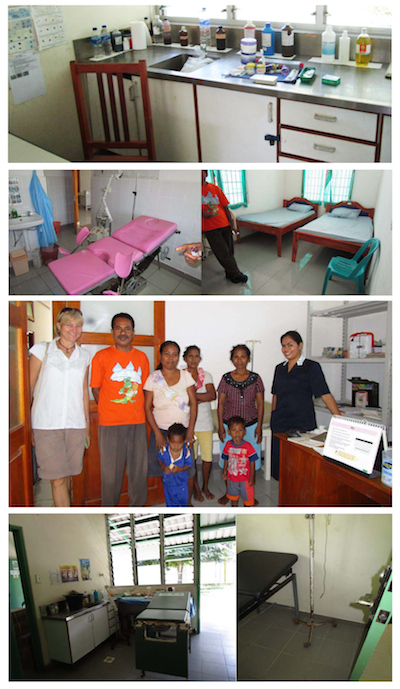 This is Dr Martins one of the great doctors in Wedauberek. Here he is rigging our vehicle up with an IV. The ambulance assigned to Wedauberek was in Dili getting its seats repaired, and the child we brought for treatment needed to be transferred to the hospital in Same. The child had advanced Pneumonia complicated by malnutrition. We thought IV antibiotics and a few days in hospital would have him back home. But he passed away a few days latter despite the best efforts of the medical team who did the best they could with the resources at hand. In Memory of this little boy Rano Aloc and those like him all over Timor Leste, we continue to fight for better facilities, nutrition and opportunities for these people. 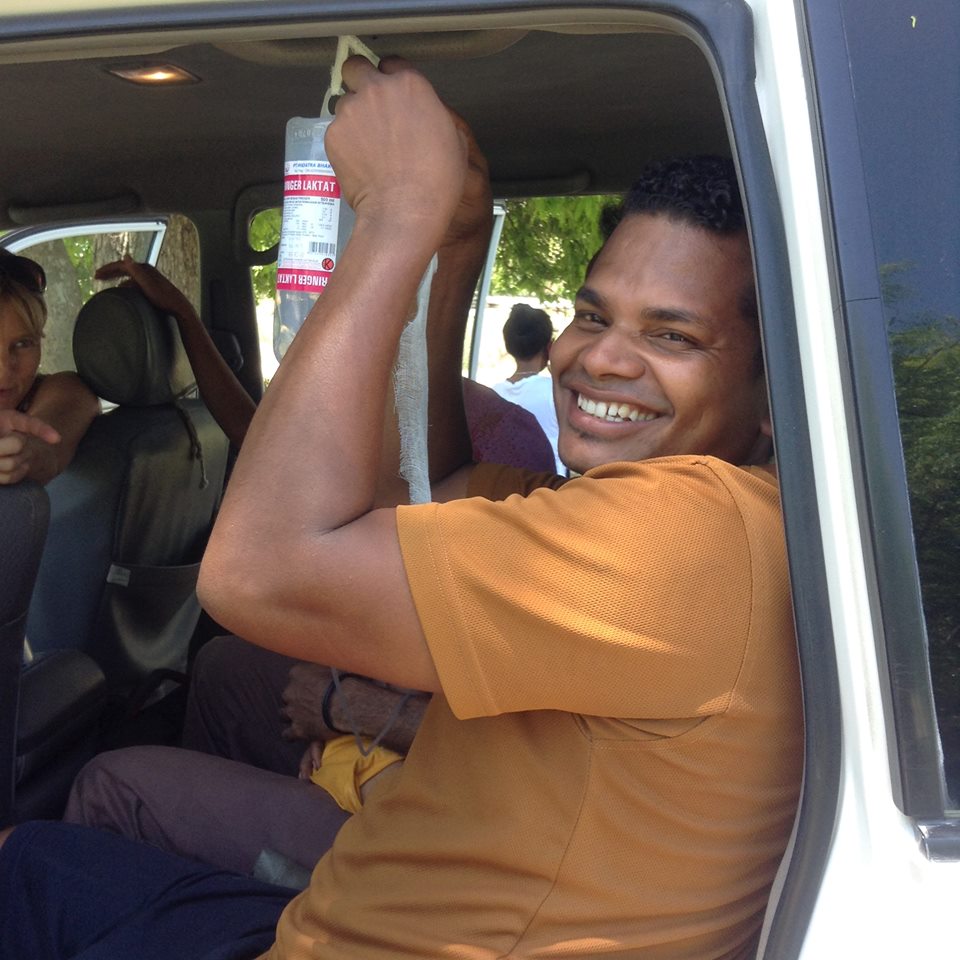 This is Dr Mateus who works in Wedauberek. Although Doctors in Timor Leste will enjoy a status and standard of living better than many they are extremely poorly paid by our standards, and even the stethoscope was donated by some of our friends in Emerald. Our hats go off to these hard working people who sacrifice a lot for the health of their people. 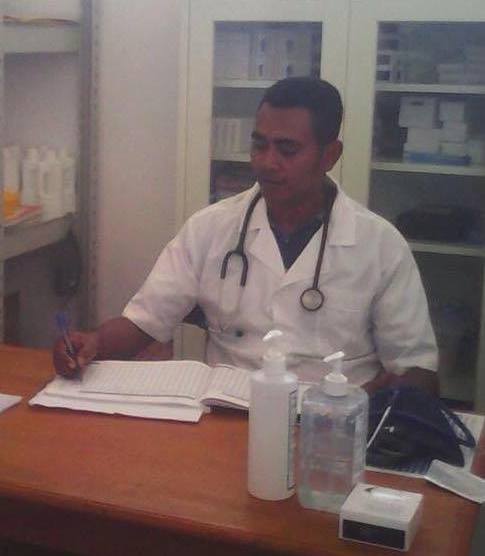 This handsome guy is 17yr old Moises from Weberek. His younger brother slashed him (accidentally) with a machete. The laceration was too deep to repair at the Weberek Clinic and he cut an artery so we had to tie his leg very tightly with a compression dressing, elevate his leg and drive him to Wedauberek. There was not even a wheel chair to get him to the examination table. Our team assisted the doctor and nurse to repair the leg. An adjustable examination table would have been useful. Moises can walk but he can’t run since the injury. We took him to Dr Dans in May in Dili who showed him some muscle stretching/strengthening exercises. No crutches, but the staff does kinda suit his name. 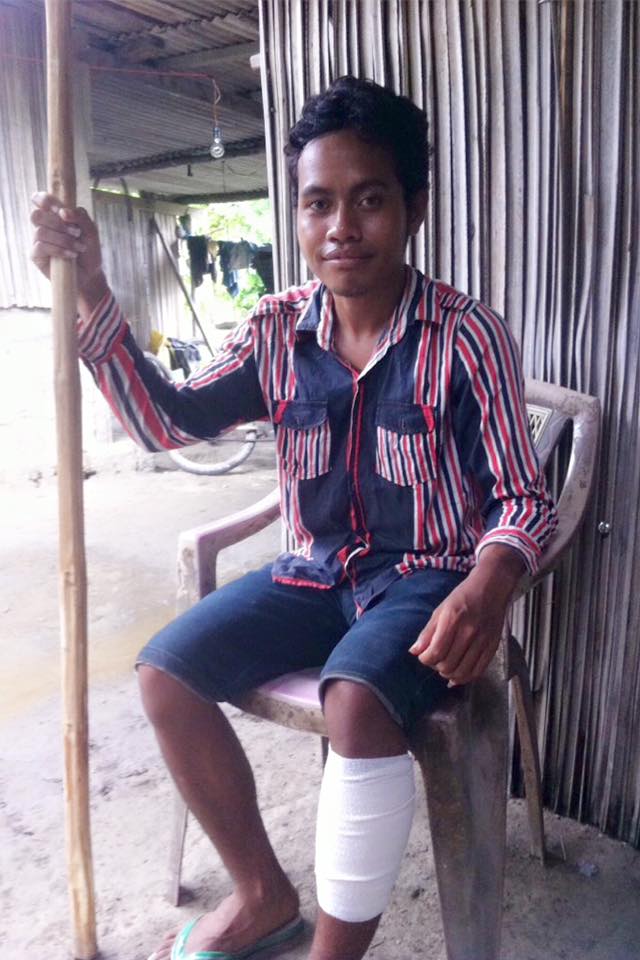